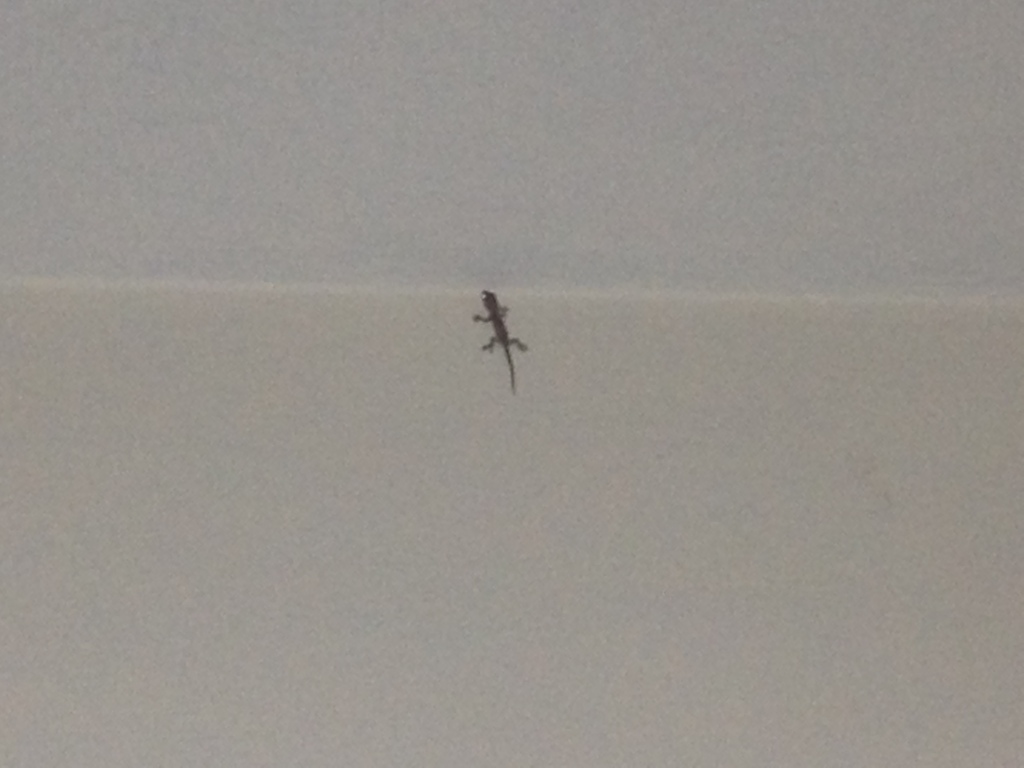 Good news! I’m delighted to report that Barry the Bathroom Lizard has gone forth and multiplied! A miniature Barry was sighted in the light fitting in my bedroom.

Last month, I was targeted by miscreants with small explosives. The media always refers to such types as miscreants. The word has really caught on. I digress – a miscreant threw a small explosive device at the rickshaw I was travelling in – it exploded underneath me, and really scared me. The rickshaw puller and I were unhurt.

The rickshaw puller was just amazing – We both leap out of the rickshaw.

Using the rickshaw as a barrier between us and the street, he immediately pulled the rickshaw into the entrance of the hotel we were near, as the armed guards who man the corner instantly made a ring around us, with all the big guns facing out into the smoke.

My instinct was to flee into the big hotel with the rickshaw puller. To my western eyes, that was a safe place.

The rickshaw puller had a different idea of safety, and shoved me back into the rickshaw and fled into the facelessness and relative safety of the back streets. This man showed real concern for my safety, and his instinct was to get me away as fast as possible.

As it turned out, the rickshaw puller had the safer option – a meeting of political leaders was occurring in that hotel, at that time.   After we had left, the former Foreign Secretary and advisor to the BNP Chairperson was shot several times (not fatally), and had his car torched 20 meters from where we had been targeted.

My friends, the Australian High Commission, my boss and the UN department of Safety and Security all rallied round in a very supportive fashion. There was paperwork.   There were many cups of tea.

The blockades and hartels have been continual for almost two months now. The toll on the population is the result of an increasingly broken political situation, 100 estimated deaths, 10,000 arrests, and hundreds of torched vehicles. This country has a strong tendency to ‘disappear’ people, especially those with political ideologies that are not that of the ruling party.   Much of the leaders of the opposition have fled, in hiding, killed, or in the process of being disappeared.

Fun times indeed. Think it is time for me to have another cup of tea.