Ah, it still amuses me to casually drop the ol’ when I was an airhostess into conversation.  And wait for the penny to drop that I’m not joking.

I’m not saying I was a particular good one, but it totally happened for a year in my early 20s.  After studying Ancient Greek Literature, and a stint working at Melbourne Uni because I wasn’t ready to leave, I picked up sticks and moved to Dubai to crew for Emirates.  In the red hat and veil.

Obviously this was all before A Very Small Animal, so I wrote little stories and emailed them home.  Here are some highlights:

I have been on reserve, sitting by my phone for a month, on the off chance that I get a call from the airport needing crew. Some could see this as an exciting way to live, filled with endless possibilities of exotic locations and poorly packed suitcases.  I see it as a time of greatly extended couch sitting watching Arab TV and only understanding the m&m ad and the basic concept behind ‘cheese in a can.’  I have embraced the opportunity to get fat, with the occasional side trip to Hyderabad or Islamabad.

Well Mauritius is lovely this time of year: all storms and French accents.  Paddling out of the nice safe lagoon in kayaks, we see the breakers over the reef. It is obvious that we will have to see if we can make it out there, and back again alive.  The storm breaks as we reach the reef, dumping me out of my kayak. I land hard into the reef, feet first, where sea urchins are massing.  The doctor is nice as he cut the spines out of the soles of both feet. Seven days of antibiotics and antiseptic soakings later, I’m still squeezing puss and bits of sea urchin out of my feet.

German passengers have been trained by Lufthansa to push the call button only if one is having a heart attack. Securing the cabin on any other flight involves at least two fights and four crabby passengers. Minimum.  I don’t want your child to put its seat belt on to be a bitch, but because I don’t want to be hit in the head by a flying small child if things go wrong.  But not if you are flying to Munich.  As soon as the seat belt sign goes on, all the wonderful non bell pushing Germans belt up. No exceptions.  No parent tells me that ‘baby doesn’t like it’ because they are all too busy strapping the little buggers in.  I like Germans.

During the war in Sri Lanka, we oh so casually trot past the tanks in the airport carpark, and plan our stay. Everyone who wants to go to the pool goes to the pool, leaving the Captain, the purser and me to adventure. An elephant mountain sanctuary is only five hours away, so off we go. As in the parks in Kenya, we see the usual monkeys and elephants. Unlike my experiences in Africa, Sri Lanka comes through with herds of cattle. And peacocks.  Elephants play in a stream in the rain.  We sleep in the park in bamboo huts, listening to the geckos singing in the thatch.

A lovely day in London at the National Gallery with Rembrandt, Rubens, Caravaggio, Turner, Monet, Renoir, Van Gogh, Cezanne, et al. Then I had a flash back to my last visit to the Louvre. Lost and needing to pee I fly by Botticelli and everything from 1250 to 1600 in search of facilities.  After no sleep and 300 demanding passengers for seven hours it is amazing that I manage to get the gallery at all.  In my ever so fragile post-flight state, it only takes one little thing to tip me into ‘tired and emotional’ which is a very long way away from ‘art appreciator’. Time to go home.

I became aware of little Alex and his family when I wondered what happened to the centre seats of row 19.  I can’t see them. All I can see was a mass of vomit covering Alex, Alex’s mum, dad and little brother.  So my ‘area of development’ is to grin like an idiot at all times.  I do smile, but I just can’t do the smile-while-being-treated-like-shit act. Or the smile-when-faced-with-300-people-who-can’t-flush act. On this Zurich flight I realised that I need to work on my smile-when-faced-with-a-vomit-situation act.  After changing four seat covers and soaked blankets, I am not smiling.  There isn’t a discrete way to use air freshener.  The unfortunates sitting around ground zero are horrified and on the verge of chucking like Alex, so I casually spray air freshener for no particular reason.  Alex’s dad is distracted, and Alex is air freshened thoroughly.  Job satisfaction comes when I pass little Alex in customs.  He is running around like a happy little chap, dressed only in an Emirates blanket, smelling of air freshener.

After a year in Dubai, I move to Finland.

Now I’m a house wife in a beautiful apartment in the centre of Helsinki, three buildings away from the National Museum. Whilst Nikolai does Very Important Nerd Things, I live off the Ericsson expense account. I have long lunches and go to museums. Sweet. I was happily looking at Stone Age exhibits in my local museum, reading about early Scandinavian eating habits – the usual ‘bone fragments of moose, seal and humans, suggesting early practices of cannibalism’.  I know the Finns can be a little eccentric, what with all the snow and all, but the eating of each other was news. Red meat is very expensive here. 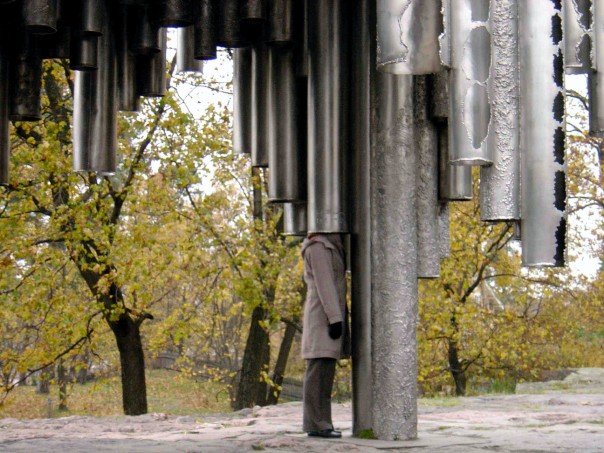 We have a lovely drunk new year’s eve in Moscow’s Red Square.  Putin looks James Bondish, and the ratio of military to revellers is 1:3.  Lenin is a bit stiff, and the Kremlin is filled with snipers.   The Russians are selective of history: the Hermitage in St Petersburg lists who was ‘arrested’ in each room, but not that those arrested were later taken out the back and shot.  Much of the artwork was ‘acquired’ from the wealthier Russian families (who were later taken out the back and shot). You see what I mean. 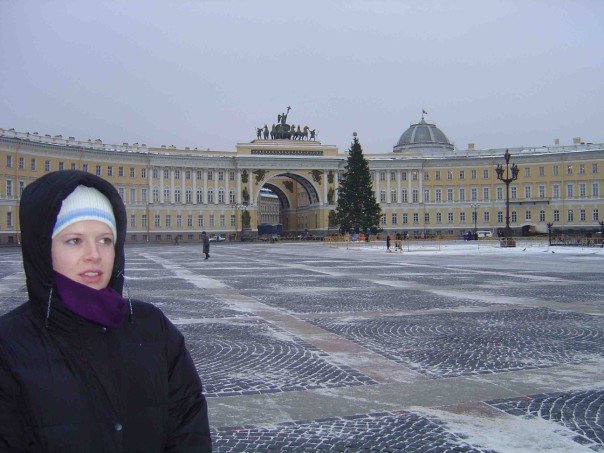 After many more little adventures I eventually return to Melbourne, and to uni (again).